Set in 18th century Naples, the opera opens with Don Alfonso’s wager that the two girls, Fiordiligi and Dorabella, are no more trustworthy in matters of love than any other women. In their garden the girls sing of their love, interrupted by Don Alfonso, who tells them that their lovers are to be called away to the war. The couples part, faithfulness now pledged again. Despina, bribed by Don Alfonso, urges the girls to find other lovers, but they declare their constancy. Guglielmo and Ferrando return, disguised as Albanians, but the girls remain firm. When the men pretend to take poison, necessitating the attentions of Despina disguised as a doctor and using the magnetic techniques of Mozart’s friend Dr Mesmer to effect a cure, they seem to waver. In the second act they agree to Despina’s suggestion of harmless flirtation, each unwittingly choosing the other’s partner. The success of the two Albanians, in spite of Fiordiligi’s more prolonged resistance, leads to a wedding, with Despina now disguised as the notary. The men now appear as themselves and pretend shock and horror at what is afoot, before revealing their plot. All ends happily, as Don Alfonso urges the power of reason in these circumstances.

The first run of Così fan tutte in Vienna was interrupted by the death of Joseph II, allowing only ten performances in the season. In the following century the alleged immorality of the plot led to a number of changes in the work, which has been firmly re-established in the 20th century as one of the great masterpieces of operatic repertoire. The lively overture has a place in the concert- hall, while vocal excerpts must include the trio Soave sia il vento (Gently blow the wind) for the two girls and Don Alfonso, as the lovers pretend to sail away to the wars, Fiordiligi’s dramatic Come scoglio (Like a rock) in which she proclaims her unshakable constancy, Ferrando’s Un’aura amorosa (A loving breeze) and the common sense of Despina in Una donna a quindici anni (A lady at fifteen) and E Amore un ladroncello (Love is a little thief). 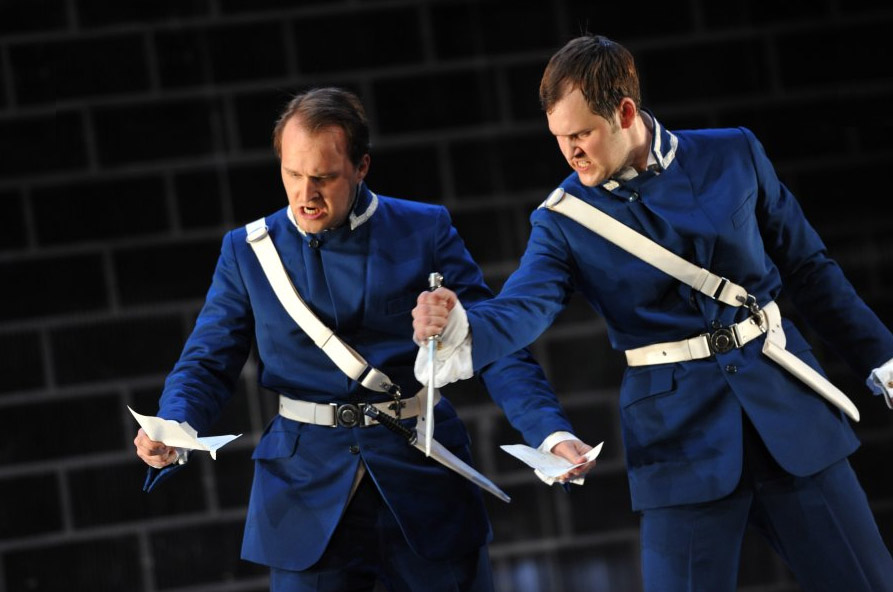